The annual Amadeus Austrian Music Awards are the country’s most important music awards, presented for excellence in the Austrian music industry. Since the year 2000, the most successful national artists have been accoladed in various categories.

The ceremony traditionally takes place in front of an audience at Vienna’s Volkstheater and is broadcast on ORF, but the pandemic caused it to be cancelled, as expected. However, ORF1 prepared the grand stage for the awards to mark the 20th anniversary, as part of a variety TV show, which was broadcast at prime time on 10th September.

Conchita Wurst compered the show with a top-class cast, which not only reviewed current top acts but presented highlights from 20 years of the Amadeus awards ceremony. The show acts for the ‘Amadeus Music Sessions’ were recorded in advance on 30th and 31st July in Vienna’s Marx Hallen – Studio1 without an audience. 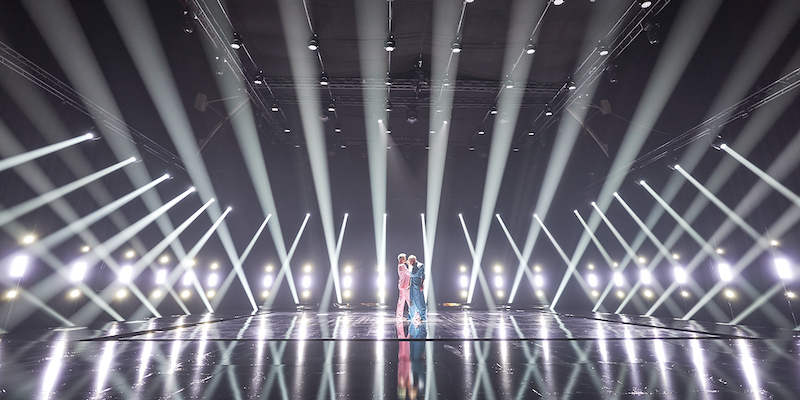 Frank Design GmbH was responsible for the lighting design and made the most of the ‘stripped down’ production conditions due to the cancellation of the live show. The set design consisted of little more than a 10x10m LED floor.

“The function of the lighting design was primarily to provide the necessary backgrounds and varied looks,” said LD Matthias Frank. “We were extremely successful in this, largely due to the GLP products used. The impression FR10 Bar created great backgrounds with its hard, clear beams, while the JDC Line, as a powerful hybrid strobe with LED pixels, provided the necessary variety.”

What was also special about the production was that it was recorded directly from the mixer mounted on a flight case—without image editing—which required two to three runs, without rehearsal, for each artist. Consequently, the lighting team had the special task of ensuring that all images were perfect for the cut right from the start. 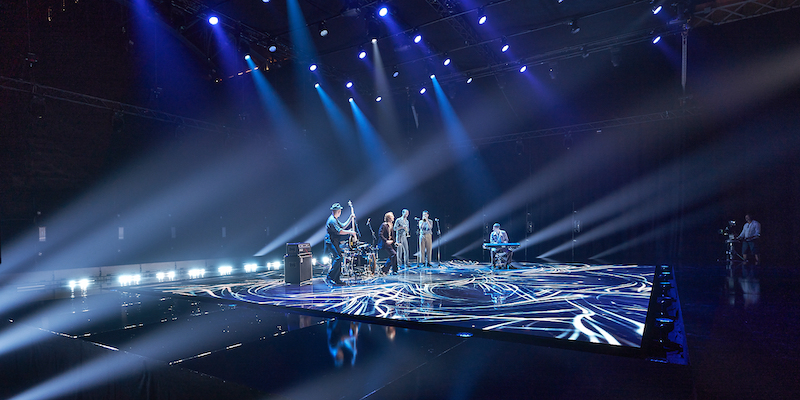 In the simple set, which was geared towards TV cameras, GLP devices were consequently placed on the floor on the rear edge of the stage in order to make optimal use of the strength and power of the linear lighting effects.

Frank used both the FR10 Bar and the JDC Line for the first time and was immediately enthusiastic: “The FR10 Bar can be used in many ways thanks to the zoom and tilt range, which was very beneficial to us with the 13 different acts. In the narrow zoom range, we had conjured up great light curtains that were extremely bright and opaque and also worked perfectly in any color. The powerful, bright LEDs also created great beam effects. And in the upper zoom range we managed to create wonderful pixel effects in the camera thanks to the great optics. “ 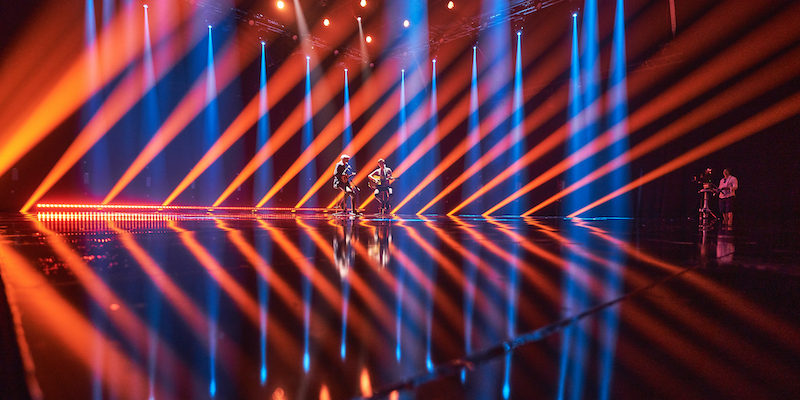 “But the JDC Line also gave a perfect performance,” Frank continued. “This fixture provided us with a lot of opportunities to express our creativity. With its color intensity and the powerful strobe, GLP has again created a great product. I am already looking forward to using the products again in my next productions.”