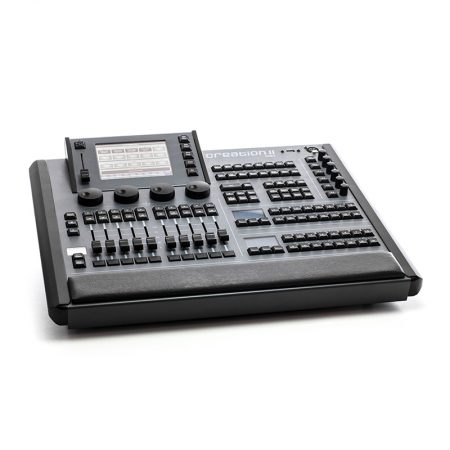 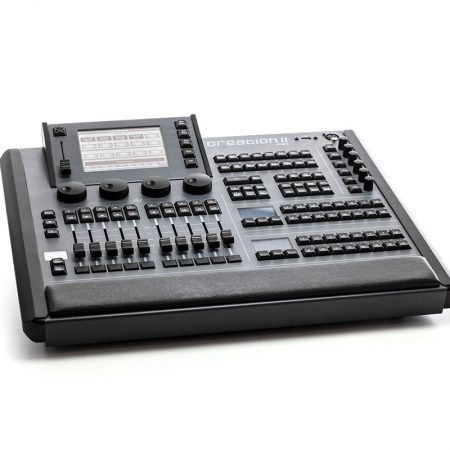 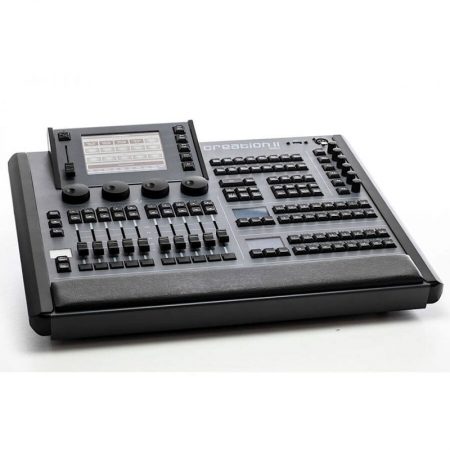 The Creation II – 1024 is the second lighting controller in GLP’s Creation II Series. The Creation II 1024 is at home controlling productions of up to 800 fixtures with ease, and offers exceptional usability for both fixed and temporary installations.

The Creation II 1024 controls up to 1024 channels over DMX and ArtNet. The console comes equipped with a comprehensive fixture library and a powerful fixture setup wizard, which makes fixture configuration simple and efficient. The integrated library editor allows you to add new fixtures or update existing ones at any time – even during the show. The Creation II 1024 also supports on the fly replacement of complete fixture types, which is particularly handy when an already programmed fixture of one brand needs to be replaced by another. All updates and backups are done simply via the built-in USB ports.

Presets now have the functionality of much more than just fixture parameters, such as colors and positions. The Creation II 1024 allows you to create effect presets or timing presets – timing can be stored with other parameters, or as a separate entity to be applied to any transition. As you would expect all cues referencing these presets are updated when you make any changes, no matter what information they are storing.

More flexibility is offered as standard with the control faders also being configurable by the user to match their preferred setup. Whether it be as intensity submasters for fixture groups, effect or cue list controls, or even master speed timing control, the choice is yours.

As for the hardware, the Creation II 1024 is based on a fanless industrial single board computer, which runs from a solid state disk. Together with the auto sensing fanless power supply, we eliminated any mechanical parts inside the console, greatly increasing the robustness and reliability of the hardware. In combination with our embedded Linux operating system, which has a boot time of less than 60 seconds, the console delivers maximum stability and reliability. The combination of the comprehensive feature set, the compact hardware design and a sensible market based price, make the Creation II 1024 an excellent choice for all shows and venues with up to 320 lighting fixtures, with a maximum of 1024 channels over DMX and ArtNet. Despite its smaller size, the Creation II 1024 makes it up in powerful functionality, introducing areas such as the multi-function button panel which gives full flexibility without needing to invest in additional hardware.

2 operation panels are included in the standard desk configuration with each of these panels having 16 memory buttons, along with a graphical status display. Using the control section, you can reconfigure the behavior of each of the 2 operation panels at any time. You can individually choose options such as fixture and group selection, playback of cue lists, effects activation, preset recall or even macro playback, and many more. This easy and fast re-configuration makes it possible to quickly adapt the consoles‘ user interface to any demands during the show. It doesn’t matter whether you enjoy having dozens of extra buttons for programming or if you prefer having up to 32 additional cue lists at your fingertips when it comes to showtime – any configuration can be achieved within seconds.

Extension wings include the Button Panel wing which features 2 complete button panels, as featured on the Creation 1024 with LED displays, and the Fader Panel which features 10 high precision faders, with fader and page control buttons giving an extended number of playback faders if needed. 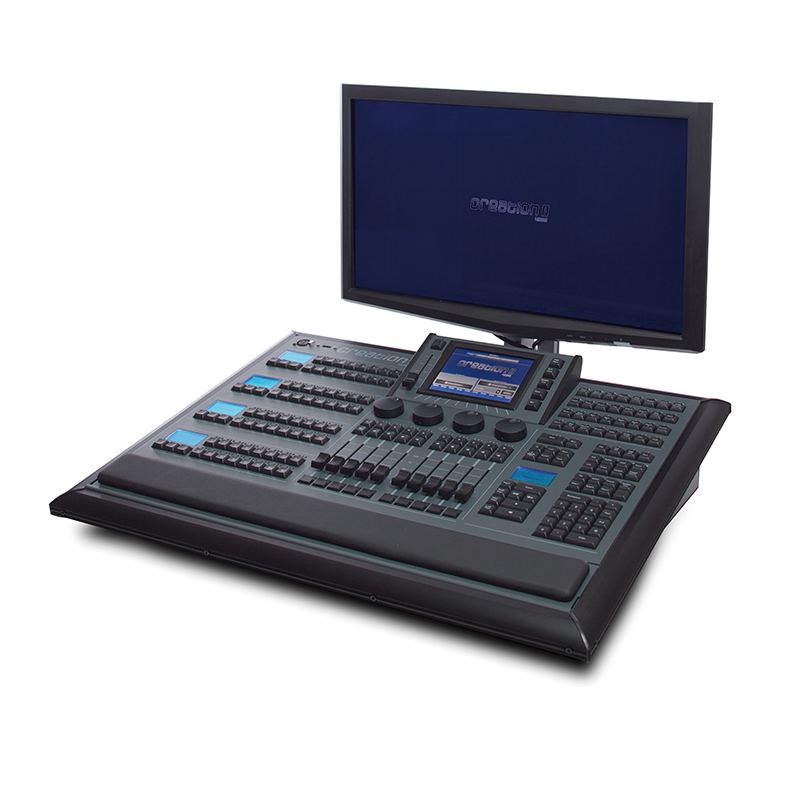 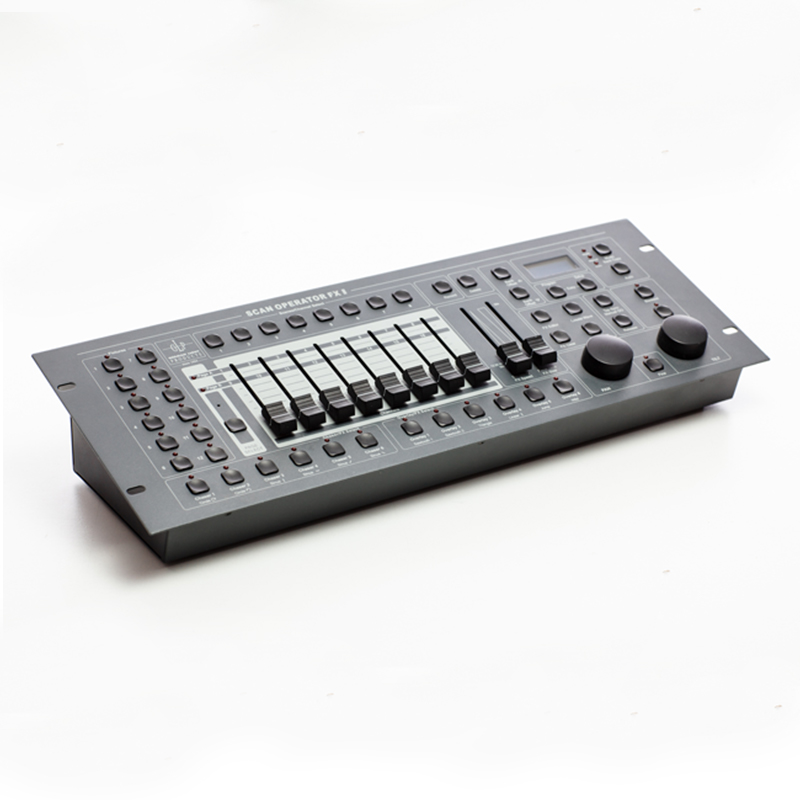 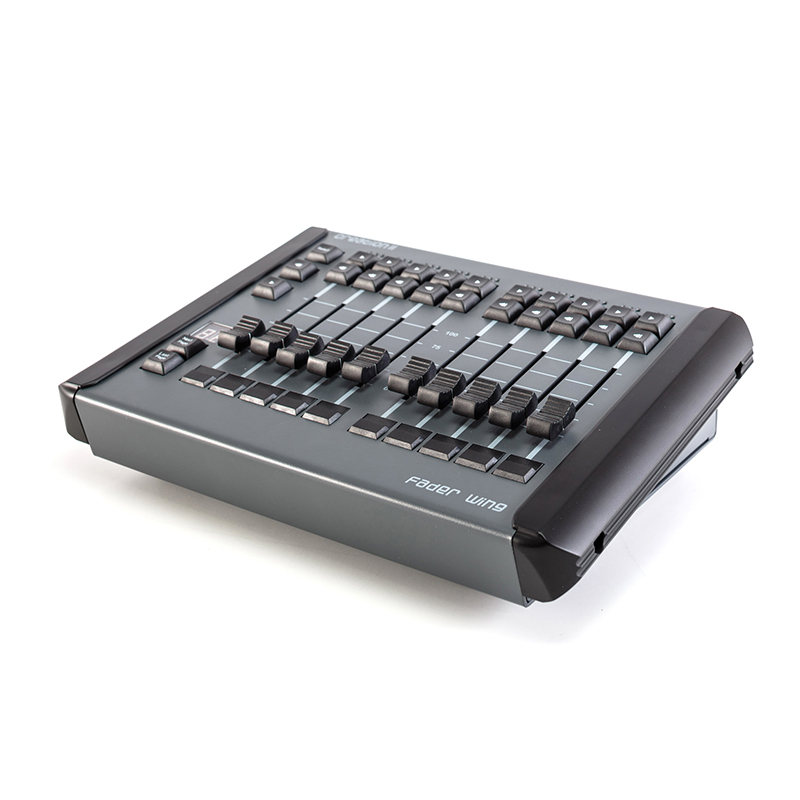